Lead guitarist for the Arizona based rock group The Maine. Their third album titled Pioneer peaked at #90 on the Billboard 200 chart while their following album Forever Halloween peaked at #39.

He and Kennedy Brock replaced Ryan Osterman and Alex Ross in the band shortly after the band released the EP Stay Up, Get Down.

Shortly after joining the band, The Maine signed with Fearless Records.

He was born in Arizona. He has been in a relationship with baker Tessa Arias since 2008.

He joined co-founder of The Maine, Patrick Kirch, as a member of the band in 2007. 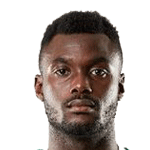 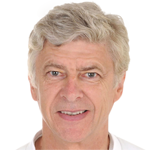 Arsène Wenger, OBE, is a French football manager and former player. He has been the manager of Arsenal since October 1996, where he has since become the club’s longest-serving manager and most successful in terms of major titles won. Source : Wikipedia
Born: October 22, 1949 (age 68), Strasbourg, France
Height: 6′ 3″
Nationality: French
Spouse: Annie Brosterhous (m. 2010–2015)
Children: Léa Wenger
Quotes
At a young age winning is not the most important thing… the important thing is to develop creative and skilled players with good confidence.
Young players need freedom of expression to develop as creative players… they should be encouraged to try skills without fear of failure. below
As a coach, you can influence the diet of your players. You can point out what is wrong.

Your suggestion or analysis too would be important. Feel free to vote for matching Arsene Wenger MBTI personality below.

Add MBTILounge.com to your Homescreen!

Add
Enable Notifications    OK No thanks