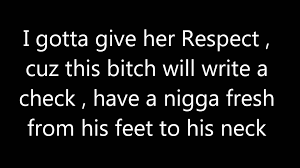 On February 1, 2016, Yo Gotti released the official cover art for both the standard and deluxe versions of The Art of Hustle, and the release date of the album.[30] The album released on February 19, 2016, and peaked at number 4 on the Billboard 200.[31] The album’s lead single “Down in the DM” (featuring Nicki Minaj on the remix) peaked at number 13 on the Billboard Hot 100.[22] In August 2016, singer Meghan Trainor released “Better” featuring Gotti, as the third single from her second major-label album, Thank You.[32] Gotti closed out 2016 with the announcement of a deal with Jay Z and his Roc Nation label, in partnership with his own CMG (Collective Music Group) imprint. [33]

On June 1, 2017, Gotti released a collaborative mixtape with record producer Mike Will Made It, titled Gotti Made-It.[34] The mixtape’s lead single, “Rake It Up” featuring Nicki Minaj, has so far peaked at number 8 on the Billboard Hot 100 and became his highest charting single in the country.[22]

Collective Music Group also known as CMG, formerly known as Cocaine Muzik Group, is a record label founded by Yo Gotti. He currently is at the labels helm as President and CEO of the company. The label’s first official release was Yo Gotti’s sixth studio album I Am. The label released a collective project featuring the whole roster titled Chapter One in 2014.[35] The labels current president is Yo Gotti’s relative, Brandon Mims