You could live it up and be successful, but it wouldn’t mean anything without love and friends. I could go broke and still be happy because love is all I need.

Omari Ishmael Grandberry (born November 12, 1984), known by his stage name Omarion, is an American singer, songwriter, actor and dancer. He is best known as the lead singer of the American R&B boy band B2K; the group achieved success in the early 2000s with singles like “Bump, Bump, Bump”, “Uh Huh”, and “Girlfriend”, which all reached success on the Billboard Hot 100. After the group disbanded in 2004, Omarion embarked on a solo career and released his debut album, O in 2005, which debuted atop the Billboard 200and received a Grammy Award nomination for Best Contemporary R&B Album at the 48th Grammy Awards.

Omarion was born Omari Ishmael Grandberry on November 12, 1984 in Inglewood, California, to Leslie Burrell and Trent Grandberry. His younger brother, O’Ryan is also a singer. He’s featured in commercials for both Kelloggs Corn Pops and McDonald’s. He started his dancing career as a background dancer for the R&B girl group Before Dark and appeared in their music videos. Omari soon began pursuing a career in music, and would go on to become the lead singer of the boy band B2K.

Omari joined the group B2K in 1999 and took the stage name Omarion. The group named themselves B2K, an acronym for “Boys of The New Millennium”. They began touring with Lil Bow Wow, and eventually released their debut single, “Uh Huh,” in 2001. They soon after released their debut album, the self-titled B2K on March 12, 2002. The album peaked at #2 on the Billboard 200 and #1 on the Top R&B/Hip-Hop albums chart. They followed the album up in December with their second album, Pandemonium!, supported by their most successful single, Bump, Bump, Bump featuring P. Diddy. The single peaked at #1 on the Billboard Hot 100. This would prove to be the group’s last album, as they would disband in early 2004. 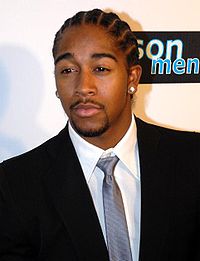 Towards the end of 2007, he displayed his acting skills in the thriller Somebody Help Me. This movie was released exclusively on DVD and aired on BET in celebration of Halloween. Omarion has also made several appearances in a number of TV shows, including One on One. Omarion also played the voice of Fifteen Cent in The Proud Family Movie. His portrayal of a rapper who gets involved with thugs in the movie Feel the Noise received mixed-to-positive reviews from critics. Omarion also co-produced Feel the Noise. In late 2007, Omarion and Bow Wow recorded a collaboration album entitled Face Off. The album sold over 100,000 copies in its first week and went on to sell over 500,000 copies, reaching gold certification by the RIAA. The first single from the album was “Girlfriend”, followed up by “Hey Baby” as the second single.

On March 30, 2009, Lil Wayne confirmed that Omarion was affiliated (though not officially signed) with Young Money Entertainment. Four months later he parted ways with the label; both Lil Wayne and Omarion confirmed that his departure had been for business reasons. In early 2010, Omarion signed with EMI and created his own label, StarrWorld Entertainment. Omarion later re-released the single “I Get It In” with Lil Wayne replaced by Gucci Mane. Then he released his second single “Speedin'”. He released his third studio album Ollusion, which sold 19,400 copies in its first week.

In 2010, Omarion became a judge on the fifth season of America’s Best Dance Crew, replacing former judge Shane Sparks. He left after Season 5 to focus on his music career. In early 2011, Omarion worked on his first mixtape presented by DJ Drama, titled The Awakening. Originally to be released on April 27, 2011, the mixtape was instead released on May 11, 2011. In November 2011, Omarion was seen on set with Japanese star Koda Kumi. On December 6, 2011, it was revealed that he collaborated with the star on the song “Slow” for her 2012 album Japonesque and appeared in the music video. On May 2, 2012, Omarion signed with Rick Ross label Maybach Music Group and Warner Bros. Records. He then appeared on Self Made Vol. 2 and is set to release his debut EP through the labels. Also in 2012, Omarion signed to Jay-Z’s Roc Nation Management. On November 29, 2012, Omarion released his debut EP Care Package. On November 5, 2013 Omarion released his second EP Care Package 2.

On August 18, 2014, Omarion was cast to be a part of Love & Hip Hop: Hollywood along with his mother, and girlfriend Apryl Jones while awaiting the arrival of their first child. In November 2014, Omarion released the single “You Like It” in promotion of his fourth studio album “SexPlaylist” on February 14, 2014. The second single, “Post to Be,” features Chris Brown and Jhené Aiko. “Post to Be” gained substantial commercial success, reaching No. 13 on the Billboard Hot 100. The song also peaked in the top ten on Urban Radio chart, Rhythmic chart, and the Hot R&B/Hip-Hop Songs chart and reached gold status by the RIAA in May 2015. He released his fourth studio album, Sex Playlist, on December 2, 2014.

In June 2015, Omarion stated in an interview that he wanted to open his own dance studio by the end of the year.

On August 7, 2014, Omarion and his girlfriend Apryl Jones had a son named Megaa Omari Grandberry.  On September 29, 2015, Omarion revealed via Instagram that Apryl Jones had become pregnant with his second child, a girl. Their daughter A’mei Kazuko Grandberry was born on March 7, 2016. The couple ended their relationship in July 2016. The split was confirmed by an Instagram post from Omarion, and a tweet from Jones.